When the Job Ladder is an Actual Ladder: 200,000 construction jobs and no takers 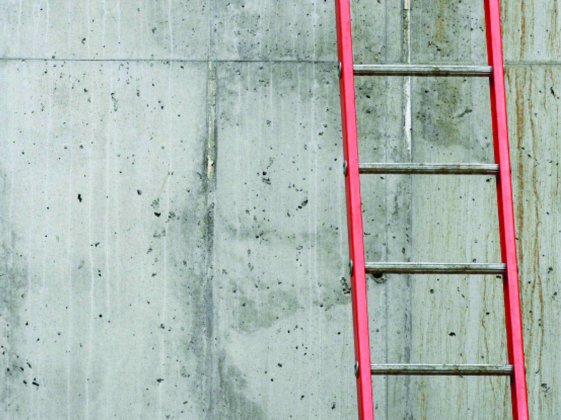 Right now, roughly 200,000 construction jobs sit unfilled in the United States. The demand for residential homes is far outpacing our capacity to build them. A recent survey by HomeAdvisor lays it out in bleak terms: Of the firms surveyed, 93 percent said they believed the labor shortage is standing in the way of their growth.

Today, thousands of small businesses from coast to coast are feeling the impact. Of the construction firms participating in the 2017 Construction Outlook Survey, 73 percent predicted a need to expand their headcount in 2017. Unfortunately, 66 percent of them also said they are having a hard time filling craft worker positions.

In other words, nearly three out of four of these firms see opportunity on the horizon, but only one in three believe they’ll be able to hire enough professionals to capitalize on it.

Since there are so many more roofing jobs available than crews to install them, it has become, in many ways, a seller’s market for labor. Brad Corbin, president of Excel Roofing Systems in Fort Worth, Texas, has watched his competition poach entire roofing crews off of active jobs. “One day they’re working. The next they don’t show up because they were offered a few dollars more per square to do another job,” he said. “The majority of crews you find out there are brand new; some have never installed a roof before. That’s not the kind of crew I want to hire.” The shortage affects not only the number of roofs that get installed, but the type as well. “Subcontractors start picking and choosing what house they want to roof,” said Corbin. “If it’s too steep, they won’t do it. There’s plenty of jobs getting done at 4:12 (a gradual 18.5° slope), not at 12:12 (a steep 45°).”

Where have all the workers gone?

There are possibly as many theories about the vanishing labor force as there are jobs waiting to be filled. But labor and industry experts often cite these three factors as driving the phenomenon:

The National Roofing Contractors Association has been confronting these issues aggressively under the leadership of CEO Reid Ribble. As a former roofing contractor and the U.S. Representative from Wisconsin’s 8th District, Ribble has studied the problem from both a professional and policy perspective.

“We need to change the way the American people think about roofing,” he said. “Let’s reshape how moms and dads talk about us to their kids.” Older Americans remember roofing as dirty and smelly. “But that’s not today’s roofing industry. Fully one third of commercial roofs are actually white. Very specifically, these are clean roofs!” he said. The public also lacks awareness of the roofing industry’s proud position at the forefront of the sustainability movement, having pioneered zero-waste jobsite policies and developed modern “cool” roofs that are integral to increasing the energy efficiency of the building envelope.

“In order to change the conversation, we have to talk about ourselves differently. We cannot expect others to respect the work we do unless we respect ourselves,” said Ribble. By way of example, he often speaks about the comforts we have come to expect from life in 21st century America. “When you walk into a room and flip a switch, you just expect the lights to go on. When you flush a toilet or turn a tap, you expect the plumbing to respond. And when you call an electrician or a plumber, you look for a certified contractor.”

We expect our roofs to perform, as well, so why don’t we look for master-level certification of our roofers? The roofing industry, said Ribble, needs to increase the perceived value of what we do.

“When it’s storming outside, you expect it to be dry inside. When it’s cold outside, you expect the house to be warm. That professionalism is so ubiquitous that it’s become devalued. We live in comfort without recognizing the skill of the men and women who make it possible.”

To that end, the NRCA is spearheading an effort to establish a nationally recognized professional certification program, with uniform standards, for steep- and low-slope roofers. “Our goal is to be on par with our professional competitors in the other contruction-related fields,” said Ribble. “And we’re decades behind them in this regard.”

The construction labor shortage appears to have grown out of a complex mix of political, economic, demographic, and educational factors. That means there might be no quick fix. But that’s not stopping manufacturers from doing what they can to help build bridges between underemployed workers and open opportunities.

GAF, the largest roofing manufacturer in North America, for example, is helping connect prospective roofers with its national network of Master Elite® Contractors. This represents a terrific opportunity, on a number of levels, for craftspeople entering the roofing industry. Master Elite® Contractors can be found throughout the United States and Canada, yet only two percent of all roofing contractors have qualified for Master Elite® status.  That means each of these prospective employers is properly licensed and insured, has a proven reputation for providing quality roofing services, and has committed to ongoing professional training. New roofers who can find positions with these Master Elite® Contractors are more likely to learn the best roofing practices that lead to satisfied customers and long, successful careers.

The skills and temperament necessary for roofing success can be found in any number of other professions. Thanks to creative outreach and training programs, professionals from all walks of life are discovering fulfilling second careers on the roof.

Making a successful transition to the roofing business takes some training and mentorship. The GAF-sponsored CARE (Center for the Advancement of Roofing Excellence) program offers professional educational programs to the roofing industry. More than 230,000 professionals in the USA, Canada, and Mexico have attended CARE courses, including a lot of the guys on Brad Corbin’s Excel Roofing team. “I’m striving to get all my guys steep-slope educated,” he said. “I won’t let anyone become a salesman until they know steep-slope.”

Loyalty pays off — for everyone

His commitment to raising the standard has helped Corbin avoid the worst of the labor crunch. In fact, he sometimes finds himself providing spare crews to other roofing contractors. “I don’t like to do it. That’s how crews get poached. But we always want our people working.” Although he’s able to deploy up to 23 crews on a given day, Corbin said there’s no secret to how he attracts and motivates roofers while others are turning down work. “We treat everyone like a team mate, even when they’re a subcontractor,” he said. “If they’re on our roofs, they’re our men, they’re on the Excel team. I have a production supervisor on every job, working alongside the crew, and that promotes a team atmosphere.” That philosophy extends to all areas of the business. “Loyalty goes a long way, whether you’re a roofing contractor, a distributor, or a manufacturer. I respect the partnership, because frankly, we’d be out of business without our crews.”

Reid Ribble concurred. “Part of the challenge is putting a human face on what we do,” he said. “It’s all about the people.”

Getting the message out

The current labor shortage is not a short-term glitch and won’t be solved with a specific program or campaign. Training programs like those run by GAF can help, as will elevating the professional standards expected of roofing crews, as championed by the NRCA.

But right now, awareness is key. To that end, GAF has launched a Join the Crew campaign, to reach out to the next generation of roofers. The campaign focuses on a message of opportunity to build a secure future, and leverages important messages of pride, good pay and teamwork. To help get the message out, GAF has developed a customizable video, available to contractors, to help them communicate their hiring opportunities.

Skilled, underemployed craftspeople need to be made aware that good-paying, steady work is waiting for them. The next step on their career ladder is a rung on an actual ladder. And from up there, the sky is, literally, the limit.

7 thoughts on “When the Job Ladder is an Actual Ladder: 200,000 construction jobs and no takers”